Is the Armenian nation heading towards moral bankruptcy?

“Trafficking is directly proportional to the level of corruption in Armenia. The fact that Diaspora organizations and churches have done little or nothing to stop trafficking and help trafficked victims is proof of their moral bankruptcy”
-harry

The comment above came in response to my prior log announcing the release of the second edition of Desert Nights, our book/DVD documenting the trafficking of Armenian women/children to the United Arab Emirates and forced into prostitution by their captors.

It’s been well over a year since the release of our findings and as of now any viable steps to counter this epidemic have not been done by anyone.

I’ve spread the word until I'm blue in the face to numerous international organizations, spoke and continue to speak at public gatherings and until now have seen NO serious efforts or special programs that have been of help to any of the victims, though many people have vowed their support and interest in helping.

When the comment that Harry made was posted, it hit home. What I had been trying to understand became clearer and also explains why there is not a flood of concerned and morally responsible people taking up the cause. They know what’s going on, but their moral fortitude is not powerful enough to push them into action.

Trafficking is a difficult subject to come to terms with since it is so culturally incorrect for us, is something that people don’t want to face, so ignoring it has been easy for most. It’s not their problem until their wife, daughter or grand-daughter is a victim, but then it’s too late.

So while our Armenian girls, some as young as 14 years old (they could be even younger, though I don't have any documentation though heard there is) are being held hostage in the UAE, Turkey, Spain, Egypt, Russia and Los Angeles, being forced to have unthinkable sex with stinky, disease infested animals, who are morally bankrupt, ask yourself if you too are just as bankrupt as they are by doing nothing, thus just as guilty of this crime against humanity being committed to our sisters that we have turned our backs to during their greatest time of need.

Is the Armenian nation morally bankrupt? All the indicators are sadly pointing to YES at this time.

Are you up to the challenge to do something and prove your morality? I sure hope so, though I don’t expect much from the Diaspora anymore, since they have failed the most important challenges God has given them up until now.

If you are interested in getting involved and being a part of the solution, drop me an e-mail (ara_manoogian@yahoo.com) as to what you feel you can do to help out and I’ll try to plug you into the overall solution. 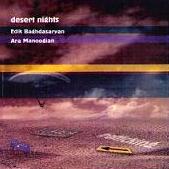 The second edition of Desert Nights is now available from Abril Book store in Glendale, CA.

Abril does not have a link on their website yet for the book (it should be in a couple of weeks), but if you get in touch with Harout Yeretzian, the owner via e-mail at: harout@abrilbooks.com, he will arrange to get you a copy. Of course if you live in or near Glendale, you can stop in and buy a copy over the counter.

The second edition is three times thicker than the first edition (200+ pages), covering all the articles that HETQ as published in relation to trafficking and a few additional items. It is in English and Armenian.

We have also published on DVD our documentary with English subtitles. Included on the same disk is a broadcasted live interview with Edik of HETQ.am and the director of the UN’s Armenian anti-human trafficking department, who later on turned out to NOT be working to prevent trafficking, but was in fact a person who was part of the trafficking ring and had somehow infiltrated the UN. The guy from the UN once in a meeting said in response to my saying that we saw girls as young as 16, “…and they sure know how to service men.”

/PanARMENIAN.Net/ The resolution of the Armenian Genocide problem lies in its acknowledgement by Turkey, President of the International League of Human Dignity and Security Protection, Russian State Duma member, General Valentin Varennikov said Monday in Yerevan. "I fully agree with the statement Catholicos of All Armenians Garegin II made during his visit to Turkey. Turkey is simply obliged to acknowledge the fact of Genocide, since there cannot be any other position on the issue," he said, reports newsarmenia.ru. When in Istanbul June 20-27 head of the Armenian Apostolic Church Garegin II stated that the Armenian Genocide must be recognized by Turkey and pointed out to irrelevance of formation of committee of historians for the investigation of the fact of Genocide in the Ottoman Empire.
Posted by Ara at 10/23/2006 10:20:00 PM 0 comments

/PanARMENIAN.Net/ The bill criminalizing the denial of the Armenian Genocide "is senseless," US Deputy Assistant Secretary of State for Europe and Eurasia Daniel Fried stated at a news conference in Brussels.

"I share the opinion that the bill does not make sense," he said. In Fried's words, the US and the President Bush had made many statements on massacre of Armenians in WWI, but did not call it a Genocide.

Daniel Fried noted Washington wishes for Turks and Armenians to honestly consider the issue. "I am convinced that the wording similar to that adopted by the French Parliament stimulates that process," the US Deputy Assistant Secretary of State said, reports RFE/RL
Posted by Ara at 10/22/2006 10:27:00 PM 0 comments

Have your say about the French Bill on the Armenian Genocide

My friend and reader Harout sent the following:

Have your say about the French Bill on the Armenian Genocide which is posted on BBC. Many pro-Turks are at it (maybe with assumed non-Turkish names) ... I just added mine, but it will go through the moderator before it's posted!!

It's the most emailed article on the BBC today until this moment :)

SUREN ABRAHAMYAN HAS BEEN BEATEN UP

Suren Abrahamyan, former Minister of Internal Affairs, former mayor of Yerevan, and member of the Republican party political council, was attacked yesterday. Two people attacked him, threw him down to the ground and started to kick him, the Republican party informs. The details of the case will be revealed during today's press conference.

Let us remind you that Suren Abrahamyan had made a speech within the framework of the "Anti-criminal movement". When the journalists asked him to mention names, he mentioned that of Prime Minister Andranik Margaryan.

The Yerevan police informed that on October 8 at 01:30 p.m. citizen of Yerevan Suren Abrahamyan (b. 1947) turned to the police and informed that the same day about 10:20 a.m. he was attacked by two unknown people and beaten up.

The police took measures to find out the criminals.

/PanARMENIAN.Net/ Serj Tankian, lead singer for the Grammy Award-winning band System of a Down, has welcomed the "hold" placed by Senator Robert Menendez (D-NJ) on the confirmation of Richard Hoagland as U.S. Ambassador to Armenia until the Bush Administration ends its denial of the Armenian Genocide, Armenian National Committee of America reported. "His principled stand represents a powerful contribution to the worldwide effort to end the denial of justice for this crime, and break forever the worldwide cycle of genocide," said Serj Tankian.

Senator Robert Menendez (D-NJ) placed a "hold" on the confirmation of Richard E. Hoagland as the next U.S. Ambassador to Armenia. In blocking the Hoagland nomination, Sen. Menendez stressed that, "as a leader and defender of democracy, it is our nation's responsibility to speak out against injustice and support equality and human rights. But if the Bush Administration continues to refuse to acknowledge the atrocities of the Armenian Genocide, then there is certainly cause for great alarm, which is why I am placing a hold on this nominee."
Posted by Ara at 10/09/2006 01:00:00 PM 0 comments

PRESIDENT CHIRAC CALLS ON TURKEY TO RECOGNIZE GENOCIDE OF ARMENIANS

Yerevan. The French President Jacques Chirac call on Turkey to "acknowledge its past" while he was speaking about the mass murders of Armenians in the Ottoman Empire, Macedonian TV A1 reports.

According to President Chirac who is on a two days' visit in Yerevan, Turkey should declare the killing of Armenians as genocide.