Ter-Petrosian Aligns Himself with Sarkisian 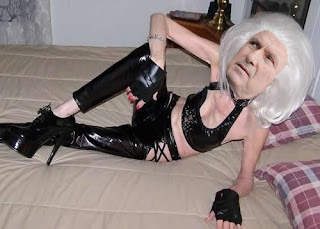 Armenian National Congress leader Levon Ter-Petrosian, in a speech to his supporters on Wednesday, said his party was ready—in principle—to recognize Serzh Sarkisian’s legitimacy if the president agreed to cooperate with his group on challenges facing Armenia. In his remarks, Ter-Petrosian also defended some aspects of Sarkisian’s policy on Armenia-Turkey relations and attacked the Armenian Revolutionary Federation and other “extreme nationalists” for their opposition to the protocols process.

Ter-Petrosian criticized the ARF for asserting that by signing the protocols the Sarkisian administration has relinquished its right to demand reparations and territorial claims resulting from the Genocide. Ter-Petrosian claimed that such a posturing has allowed Sarkisian to “present himself to the world as a realistic and resolute statesman worthy of the 21st century.”

The former president said that the principle of “historical rights” was unacceptable within the context of international relations and norms, adding that ARF’s positions, which he characterized as calling for “Turkey’s unconditional capitulation” are aimed at aborting the normalization process, which he said was extremely critical for Armenia.

Ter-Petrosian said he prefers the normalization to take place on the basis of mutual concessions and a display of good will, stressing that for his Armenian National Congress the only unacceptable provision of the protocols was the creation of a historical commission, which he said, will cast doubt on the veracity of the Genocide. He also explained that the commission would alienate the Diaspora, whose existence depends on the Genocide recognition issue. He added that it was “unfortunate” that the Diaspora was so focused on the Genocide issue, since he would prefer for the Diaspora to exert its energy on strengthening Armenia’s statehood.

Ter-Petrosian downplayed Sarkisian’s role in some of what the ARF and others have been criticizing him for and instead shifted the blame to Robert Kocharian, Vartan Oskanian and through his own distorted view of history he accused the ARF of relinquishing territorial claims by adhering to the Kars Treaty. Ter-Petrosian said that Sarkisian inherited the territorial issues, as well as the so-called “Madrid Principles,” on which the Karabakh peace process is based from his predecessors.

The former president reiterated his firm assertions that Sarkisian has made “unforgivable” concessions in order to gain support from the West, at a time when he lacked domestic legitimacy. While repeating his call for Sarkisian’s resignation, Ter-Petrosian signaled that it was not too late for Sarkisian to seek legitimacy by agreeing to cooperate with his forces.

The ARF’s political director Giro Manoyan on Thursday hit back at Ter-Petrosian saying his overtures to Sarkisian have displaced him as a top opposition leader.

Manoyan also said that Ter-Petrosian was willing to make a deal with his long-time adversary because he supports the defeatist protocols and sees no role for himself as an opposition force and is eager to ensure his survival in the political arena.

Perhaps his own accusation that Sarkisian’s concessions were made to secure legitimacy from the West is propelling his current stance, which he emphasized was the only genuine political assessment of the current situation in Armenia.

For a historian, Ter-Petrosian demonstrated quite a skewed grasp on historical facts beginning with his accusation that the ARF signed the Kars Treaty and concluding with his now militant opposition to the historical commission.

He seems to have forgotten that what led to his resignation was his willingness and readiness to relinquish land for a Western-backed peace deal for Karabakh. Who can forget his ill-conceived Meghri-Lachin land swap deal?

It’s glaringly evident that the person seeking legitimacy is Ter-Petrosian himself. His polarizing rhetoric, which contradicted his own presidential policies, has reached a dead end and he must now sit down with his former defense and interior minister Serzh Sarkisian to discuss what else but the Turkish-Armenia rapprochement, which was a focal point of his own failed policies, of course with the requisite vitriol directed at the ARF.
Posted by Ara at 11/12/2009 11:20:00 PM