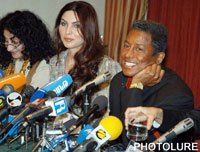 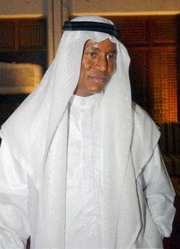 YEREVAN, Armenia -- Jermaine Jackson has revealed plans to build an entertainment complex in Armenia and said he hoped that his brother, Michael Jackson, will join in a reunion concert marking its opening.

Jackson, a singer and bass guitar player who has pursued a solo career, was recently on a 12-day visit to this landlocked Caucasus Mountain nation. The 51-year-old said the complex could include a hotel, a restaurant and a television company.

For the record, Jermaine (aka Muhammad Abdul-Aziz) is a converted muslim and sympathizer of the American nation of islam. I just don't understand brother Abdul-Aziz, why Christian Armenia ?
Posted by Hakop at 2/20/2006 12:05:00 PM