The world is finally catching on to our anti-trafficking efforts…check out the Press Release and visit Frontline Online for more info.

On Feb. 7, America’s PBS documentary film program FRONTLINE will present a unique hidden camera look at this world of sexual slavery, talking with traffickers and their victims, and exposing the government indifference that allows the abuses to continue virtually unchecked. Sex Slaves also follows the remarkable journey of one man determined to find his trafficked wife by posing as a trafficker himself to buy back her freedom. 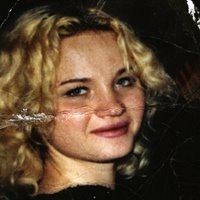 An estimated half-million women are trafficked annually for the purpose of sexual slavery. The women are kidnapped -- or lured by traffickers who prey on their dreams of employment abroad -- then they are "exported" to Europe, the Middle East, the United States, and elsewhere, where they are sold to pimps, drugged, terrorized, locked in brothels, and raped repeatedly. In Eastern Europe, since the fall of communism, sex trafficking has become the fastest growing form of organized crime, with Moldova and Ukraine widely seen as the centers of the global trade in women and girls.