For the last couple of days I’ve been watching some television late at night to see what is being broadcasted over the private and government public airwaves.

In a couple of nights I’ve see stripping, jail-rape between a 21-year-old and some jail scum, rape/murder, suicide, more stripping, full frontal male and female nudity, executions and killings.

Of the stations that have broadcasted this crap include H1, which is the very popular government station that also broadcasts some of it’s programming over satellite; Shant Television, which is a private station; Yerger Media, which is known as the Dashnag station; and in the past I have seen topless women on a station that is run by the Armenian Church (I have to look back in my archives, as I do have a couple of pictures).

So what is this all about and why is it going on?

Well for one thing we know from past research on the subject of pornography and violence accessed on the internet, is that children under the age of 14 who are exposed to such materials are more susceptible to committing crimes similar to what they have seen.

So just really quick, what did I see. 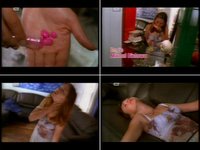 Well on H1, I saw a movie which had a 16-year-old girl who has sex for the first time and commits suicide as a result. They show how she does this (popping a bunch of pills).

The first thing my wife asks me after seeing this scene was if people kill themselves this way and if such pills are available in Armenia?

In this same movie there were a bunch of nudity that belittles women and of course there were no shortage of glamorizing the life of a stripper. 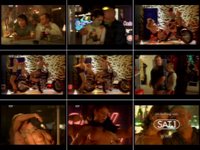 There was one scene which had a guy and girl talking about the suicide of the 16-year-old and the visuals I noticed was that they are across the street of a business called “Sex Koni” and the girl is wearing a cross and a t-shirt with a picture of Mother Mary and Jesus. 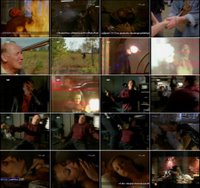 One other film on H1 was a film filled with thing a hit man does and that is kill people in cold blood. Killings which were very graphic and show the shooting of weapons and the projectiles striking and exploding. This film also had Armenian voice overs.

Their films were also a combination of sex, rape at knifepoint, murder and violence. 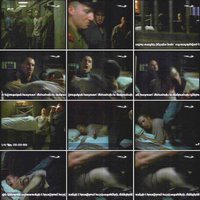 The one scene that was most bothersome was the jailhouse rape of a 21-year-old guy who the guards take him and some jailhouse scum to a private cell, where the scumbag devirginizes this sweet looking guy. The scene does not show penetration, but clearly shows that the guys pants are forcefully lowered (you can see the side of his butt) and the scumbag is laying on top of him doing something that they guy is not enjoying at all.

And just so we are not singling out the government and some private station that is mafia owned, there was also some unacceptable materials I happened across while checking the channels on Yergir Media, which is the Dashnag station (the logo is a funky looking yellow dot on the lower left of the screen).

So does Armenia has law that regulate what is broadcasted on television? Yes they do, but the question has to be asked is if it is appropriate and/or enforced?
Posted by Ara at 11/10/2005 06:19:00 PM