A Light Sentence for Selling a Human Being 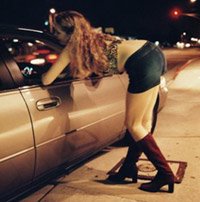 “I found out in Dubai that I wouldn't be working in a store, I'd be a prostitute instead. On Marine's orders, I visited several clients of different nationalities in the Al Harmud Hotel and had sex with them. I was in an impossible situation, because Marine had my passport, I didn't know anyone in Dubai, didn't know the language, and didn't have any money to survive. Since I didn't know the language, Marine would talk to the clients instead and tell me how long I had to stay with a client and how much he had to pay me. I would then give all the money to Marine,” A., who was a prostitute under Marine's control from April 7 to August 20, 2003, told the police.

On July 20 th Yerevan's Court of First Instance of the Kentron and Nork Marash Districts, Judge Zhora Vardanyan presiding, sentenced Marine Poghosyan to one year and six months in prison, just half of the three-year sentence requested by the Prosecutor general's Office in accordance with legislation regarding human trafficking (Armenian Criminal Code, Article 132, Paragraph 1).

In 2001, with the aim of providing for her young daughter, Marine Poghosyan went to Dubai to work for her cousin Armine Poghosyan, a prostitute there. Afterwards, she decided to lure good-looking Armenian girls to Dubai with the promise of non-existent jobs, force them into prostitution, and make a lot of money off them. She told her sister's husband Vardan Mikayelyan, who sold potatoes in the Gyumri market, to see if he could find anyone who wanted a job as a maid or nanny. Mikayelyan passed the word on to Maro, a coffee seller. Maro's daughter A. agreed to go to Dubai. “I was divorced from my husband and had a daughter to take care of. Our situation was desperate and I agreed to go to Dubai to work in a store. I faxed my passport details to Marine, and went thinking I was going to work in a store,” the 26-year-old wrote in her statement. Marine met A. in Dubai and took her to a hotel. Marine took A.'s passport, explaining that she had to show it to the hotel administrator. She never returned it. Instead she demanded that A. work as a prostitute until she could pay back the $7,000 that Marine had spent to get her to Dubai.

“I kept complaining that she had tricked me and I wanted my passport back, but she wouldn't give it to me, saying I had to pay her back. In those five months she only sent $400 to my mother, although I earned around $5,000,” A. said. In July 2005, when Marine was out of the hotel A. called her mother and told her what had happened. A's mother went to Vardan's house and demanded the immediate return of her daughter. At Vardan's request, Marine send A. back to Armenia. “After my mother went to Vardan, I worked for ten more days to make money for the ticket and then Marine sent me to Armenia, with only $10. I came to Armenia but didn't go to the police, because I was ashamed of what I had done in Dubai,” A. told the prosecutor.

In April 2005, when Marine Poghosyan was in Armenia, A's mother persuaded her daughter to go to police. Although A. claims she earned around $5,000 in Dubai, she never demanded any of that money back during the trial.

During the investigation Marine Poghosyan confessed that she had taken advantage of A. and forced her into prostitution, and she pleaded guilty at her trial.

Armen Boshnagyan, senior prosecutor for the Prosecutor General's Department of Anti-trafficking and Illegal Immigration, recommended that the defendant be sentenced to three years in prison.

The court, taking into account that Marine Poghosyan had confessed and expressed remorse, had no prior convictions, and was the mother of a young child, sentenced her to one year and six months.
Posted by Hakop at 11/09/2005 02:09:00 AM